I am an enabler 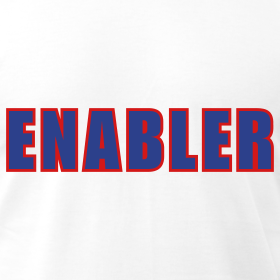 So after much consideration, (and procrastination) I have come to the realization that I truly am fed up and disgusted with Games Workshop. I have played and painted countless armies for both their systems for over 20+ years. I have always made excuses for some of their numerous shortcomings. During the 40k 3rd edition years I stopped playing altogether because the rules were absolute garbage.

Now, in 2011, the massive turd that is 8th edition WHB has been squeezed out in our hands with it's "no tactics, all random" rule set sending my Dark Elves scurrying to the top of the closet to collect dust. To follow up this massive dump the new WFB army books are hardcover and very pricey.

The Finecast miniatures are a joke here in sunny FL where the intense heat turns anything left in the car (by accident or necessity) into warped assclownery. Furthermore, I have seen several, and I mean several, of the new finecasts that are riddled with imperfections. Everything from mis-molds to bubbles to just missing parts.

Every year, without fail, the prices have gone up exponentially without having a solid business basis as to why the hikes are necessary. Younger players, also known as the future of any successful business, cannot even purchase enough models to play a small game without significant start-up capitol. I have seen many changes recently from the company, and in my opinion, none of them are to the benefit of the player base.

The standards of the new books, or so-called "Codex Creep", make it painfully obvious that the company does not even make a half-hearted attempt to play test their product for balance. Each new codex that comes out is strictly geared toward making players purchase that new kid on the block just to retain a competitive edge.

Is this a product of the GW marketing department knowing that many 40k players will buy whatever they spit out just because they are overly competitive (some might say compensating, but I digress)? Has GW become a signature series like Apple whose mass of zombified consumer fan boys would purchase crap in a box called iTurd just because it is new and popular?

The sad answer is, more than likely. They have found a niche to weather out the storm of consumers moving to more online gaming arenas, or the gods-forsaken card tards realm.

With that being said I cannot simply give up my gaming, or more importantly, painting needs. It is ingrained in my soul. Mixing paints and testing new techniques is as much a part of my life as my beating heart. So I am turning my attention to a different game, a different company, and a different outlook. Enter: 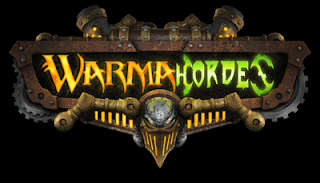 About 2 years ago I was introduced to this game system. It is a much smaller skirmish style game as anyone still reading this probably knows. I initially won a Skorne starter box and Hordes: Primal (MkI) at a gaming convention as part of my painting prizes. I read through the painting section and was impressed to see Mike McVey as a contributor. I painted a few of the models but never really got into the game.

About 9 months ago I traded that old Skorne set for a Trollblood starter and started fooling around with painting and eventually met with a local Press Ganger who helped me fumble through a few games. I have another buddy who plays Menoth and we started thrashing each other a couple times a week as I tried to comprehend the synergy of the game.

The nice thing is, you are not confined to a few killer net lists like Mech IG, or "Grey Knights sans Grey Knights". You can pretty much pick whatever blows yer skirt up and form an army. Now some things are of course better than others, but all things are capable with practice, composition and Lady Luck. And most amazingly, there are not glaringly obvious grey areas in the rules to spawn hour long arguments.

When I heard that prior to the release of MkII (second edition) of the game Privateer Press actually, get this, ASKED FOR THE PLAYERS INPUT! The company requested that players attempt to break the rules. I was in shock, followed by awe. They get it. Thank the gods, they get it.

Which brings me to the most important aspect of any hobby choice, the models. I am not certain who is sculpting these things, but they deserve rewards. Several in fact. Many of the warbeasts and characters are simply amazing. They beg to be painted. They drop metal models with the quality that rivals Forgeworld's resin casts if not exceeding it.

Now with all this plus I will throw a couple of criticisms, after all, they are not paying me for an endorsement. I have noticed some of their ranges, Skorne in particular, have some pretty serious gaps that have to be filled in with putty. Not to mention, I am not too terribly impressed with the quality of their plastic model molds. I like the Fenblade unit stats, the models are blah and I wish they were metal like most of the rest of the range. But they are still a young company and cannot do anything but get better (hopefully) as time passes. On the other side of that coin, they have been working with a resin based product to make some of the warjacks and I am very impressed with the quality of this material.

And with that, I quit my blathering. From now on you will see more WarmaHordes content on this blog than Games Workshop. I have no intentions, currently, to offload my GW figs but I also have no inclinations toward throwing anymore money to a company that is just fleecing it's players. Maybe, "don't poop where you eat" is not a common saying in bonny 'ol England. 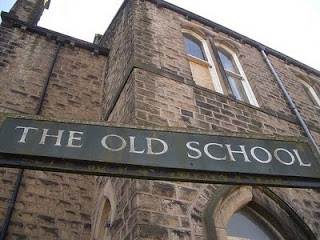 I apologize for my lack of posts lately. I am ramping up to head back to finish my degree. I have absolutely zero time to do any painting or modeling. I hope to get back to a regular routine of painting but I will need to get acclimated to the work flow before I can make any promises. I appreciate all my lurkers and posters. I will do my best to get some posts up within the coming months.
Posted by Ashmedai at 8:45 AM No comments: